Tamara Ashton-Rodriguez is a member of the 6th generation of the Ashton Family, the eldest daughter of Jan and Brasil, and the mother of Remi. Tamara has been performing from an early age, Bareback Riding with her family from 18 months before performing many of our traditional acts including clowning, pyramids, tumbling and trampoline. At the age of 12 she began to show signs of her amazing juggling talent. She juggled while standing on her father’s shoulders whilst he in turn, stood on the back of a cantering horse. This feat was also performed by her grandparents, Doug and Phyllis Ashton, and her great-great-great-grandfather, James Henry Ashton.

At just 16, Tamara traveled to Las Vegas to represent Australia at the International Juggling Festival, where she was acclaimed as the Fastest Juggler in the World. The hardest job in the circus is to be a clown; Tamara does this with ease. She has the ability to make people cry with laughter, a unique talent that very few performers possess. 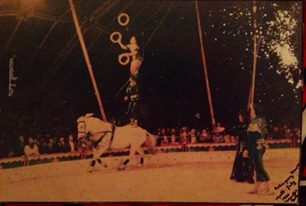 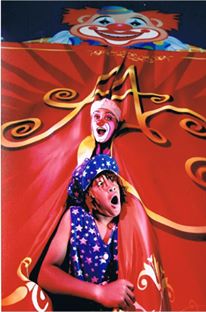